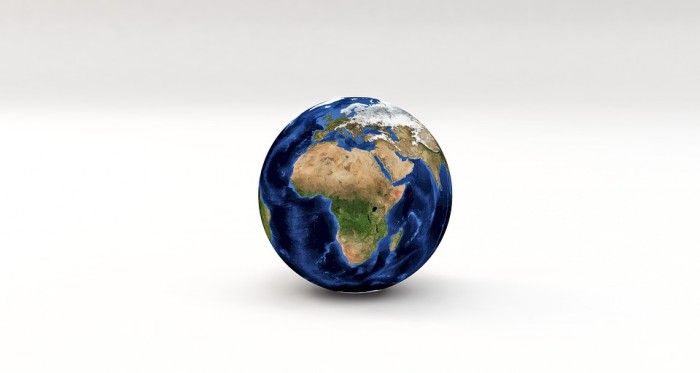 Thanks to the election of Donald Trump, most Christians in America are feeling really good about the future, but it is another story entirely in much of the rest of the world.  A Christian persecution watchdog group called Aid to the Church in Need released its “Religious Freedom in the World” report for 2016 a few weeks ago, and their conclusion was that the persecution of Christians globally is becoming much worse.  In fact, there are seven nations where persecution is so bad that they were put into the “it could scarcely get any worse”category.  Those nations included Afghanistan, Iraq, Nigeria, North Korea, Saudi Arabia, Somalia and Syria.

Personally, I would put North Korea at the very top of the list.  If you are even suspected of being a Christian or owning a Bible, you and your entire extended family can be shipped off to a forced labor camp for the rest of your lives.  There are brothers and sisters in North Korea that are literally being worked until they die, and we need to keep them in our prayers.

But I definitely don’t want to take anything away from the brutal persecution that is taking place in the Middle East.  The beheading, torturing and crucifying of Christians by ISIS has been well documented, and it isn’t just in Iraq and Syria where attacks are taking place.

Earlier this month, an ISIS suicide bomber walked into a prominent Coptic Christian church in Cairo, Egypt and detonated his bomb.  As a result, 25 Coptic Christians were killed…

During Mass this past Sunday, an Islamic State suicide bomber made his way inside St. Peter and St. Paul’s Coptic Church in Cairo and detonated his bomb, leaving 25 people, mostly women, dead. The bombing, the deadliest since the 2010 New Year’s Eve bombing of the Two Saints Church in Alexandria, drew swift condemnations from governments around the world. But as much as such attacks remind the world of the plight of Copts, it is their daily encounter with discrimination and persecution that poses the greatest threat to their future.

But did you hear about this from the big mainstream news networks in the United States?

Probably not, because an Islamic terror attack against a Christian target is not the kind of story that they want to tell.

Could you imagine knowing that every Sunday that you attend church could potentially be your last Sunday?  But it isn’t just violence that Coptic Christians in Egypt have to deal with.  The truth is that they are systematically discriminated against in every area of society, and this even includes sports…

Little could dampen the enthusiasm of 13-year-old Tony Atef as he wore his soccer outfit and headed to Egypt’s most successful club, Al Ahly, to partake in the team’s junior soccer tryouts. After Tony scored two goals, a coach approached him, asking for his name to record among those accepted. But his dream of making the team died quickly, when the coach noticed the small tattoo of a cross on his wrist. Tony was quickly sent home. There would be no place for a Coptic Christian on an Egyptian soccer team.

According to a Pew Report that was released in 2014, Christians are being persecuted in 151 different countries.  So this is not just a Middle Eastern thing.

But without a doubt, what we have been witnessing in the Middle East in recent years is the genocide of Christians in many areas.

When the 20th century began, 25 percent of the population of the Middle East was Christian.

Today, that number has dropped to about 5 percent.

And even the Islamic nations that are supposedly “friendly” with the western world are cracking down on Christians.  For example, an American pastor named Andrew Brunson was just unjustly thrown into prison in Turkey.  The following comes from Jordan Sekulow of the ACLJ…

An American pastor, Andrew Brunson, has been falsely charged with “membership in an armed terrorist organization.” Turkey has imprisoned this American pastor without any evidence. He has been a Christian pastor in Turkey for the past 23 years.

We are representing the family of this American Pastor who is facing grave danger in a Turkish prison where he is being held simply because of his Christian beliefs. The government of Turkey – led by an Islamic party – has begun increased crackdowns on Christians, and Pastor Andrew, if convicted, may face years in prison based on extremely serious – and false – charges. We are launching a global campaign to call attention to his plight demanding that Turkey – a NATO member – release Pastor Andrew without delay.

As has been the case with so many other American Christians that have gotten into trouble, Barack Obama has been silent on this matter.

But how would he have responded if it had been a gay rights activist that had been falsely imprisoned?

And it took Barack Obama a very long time to take the fight against ISIS seriously.  Entire Christian communities were being absolutely butchered by ISIS, but he didn’t seem to care.  Now that ISIS is finally being pushed back, the fleeing ISIS fighters are making sure that the Christians that once lived in those communities have nothing to come back to…

In Christian settlements like Bartella, Qaraqosh and Karamles, about 80 per cent of the houses have been either completely destroyed by Coalition bombs or burned out and rendered uninhabitable by ISIS. One volunteer assessed the damage in Qaraqosh: “In most houses, all the rooms have been burned out completely,” he said. “Except, strangely enough, the kitchens. It is clear this has been an organised strategy.”

Father Thabet, a priest from Karamles, said the destruction in some cases was done only hours before ISIS forces left. “It seems they wanted to make sure nothing of value would remain,” he said. “The effect is a mounting feeling of hopelessness among the Christians when they discover the damage. They will really need time to recover from this news, to adjust to the new perspective of living in displacement longer than they might have expected.”

If you live in the western world and you have a good job and a warm home and plenty of food, you should consider yourself to be very blessed.

Because for believers in much of the rest of the world life is a daily struggle, and they must constantly wrestle with the reality that they may soon have to lay down their lives for their faith.