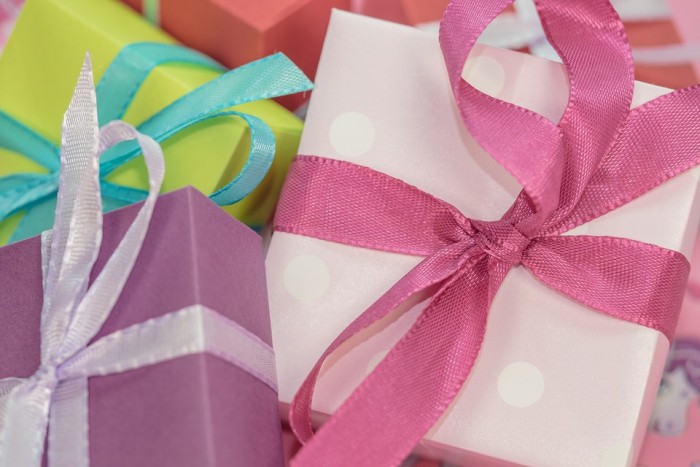 For many Americans, the quality of Christmas is determined by the quality of the presents. This is especially true for our children, and some of them literally spend months anticipating their haul on Christmas morning. I know that when I was growing up Christmas was all about the presents. Yes, adults would give lip service to the other elements of Christmas, but all of the other holiday activities could have faded away and it still would have been Christmas as long as presents were under that tree on the morning of December 25th. Perhaps things are different in your family, but it is undeniable that for our society as a whole gifts are the central feature of the holiday season.

And that is why so many parents feel such immense pressure to spend a tremendous amount of money on gifts for their children each year. Of course this pressure that they feel is constantly being reinforced by television ads and big Hollywood movies that continuously hammer home what a “good Christmas” should look like.

Once again in 2016, parents will spend far more money than they should because they want to make their children happy. According to a brand new survey from T. Rowe Price, parents in the United States will spend an average of 422 dollars per child this holiday season…

More than half of parents report they aim to get everything on their kids’ wish lists this year, spending an average of $422 per child, according to a new survey from T. Rowe Price.

To me, that seems like a ridiculous amount of money to spend on a single child, but this is apparently what people are doing.

But can most families really afford to be spending so wildly?

Of course not. As I have detailed previously, 69 percent of all Americans have less than $1,000 in savings. That means that about two-thirds of the country is essentially living paycheck to paycheck.

So all of this reckless spending brings with it a lot of additional financial pressure. But because we are a “buy now, pay later” society, we do it anyway. We are willing to mortgage a little bit of the future in order to have a nice Christmas now.

The SunTrust Banks, Inc. (NYSE: STI) annual Holiday Financial Confidence survey reveals that 43 percent of Americans feel pressure to spend more than they can afford during the holiday season. Pressure to overspend is up four percent since the survey was first conducted in 2014 by Harris Poll, but down slightly from a high of 46 percent last year.

Ultimately, much of this spending ends up going on credit cards, and credit card debt is one of the most insidious forms of debt.

But at least one indicator suggests that much of the US is actually struggling financially: Americans are piling on credit card debt at record levels that we haven’t seen since the financial crisis.

Households added $21.9 billion in credit card debt in the third quarter — the largest increase for that period since 2007 — bringing the amount of outstanding credit card debt to $927.1 billion, according to the latest study from WalletHub.

Debt takes future consumption and brings it into the present, but there is a price to be paid for doing that.

Because we have to pay interest on that debt, we always have to pay back more money than we originally borrowed. And because interest rates on credit cards are so high, paying back credit card debt can be particularly painful.

According to Business Insider, the average American household currently owes nearly $8,000 to the credit card companies, and it is being suggested that this is a sign that the economy is much weaker than we have been led to believe…

The fact that the average household with debt now owes $7,941 to credit card companies, according to WalletHub, suggests that America’s putative economic strength might be a mirage — that the economy may in fact be a lot weaker than all the happy indicators are leading people to believe.

“I think it is a cause of concern because it says consumers are struggling despite the low unemployment figures,” says Lucia Dunn, an economics professor at Ohio State University. “I think the rise in debt arises from weakness in the economy. People whose incomes have dropped may be trying to maintain an older level of consumption by just charging everything.”

The Federal Reserve just raised interest rates, and so that means that paying off credit card debt will be even more painful for Americans in 2017 than it was in 2016.

Could it be possible that we have lost our way?

Could it be possible that we need to entirely rethink our approach to “the holiday season”?

According to an old NBC News story, one survey discovered that 45 percent of all Americans would prefer to skip Christmas altogether because of all the financial pressure…

Some 45 percent of those polled said the holiday season brings so much financial pressure, they would prefer to skip it altogether. Almost half said their level of stress related to holiday expenses is high or extremely high.

That’s probably because nearly the same amount — some 45 percent — say they do not expect to have enough money set aside to cover holiday expenses.

As a society, we need to learn that things will never make us happy.

Life is not about accumulating toys. Rather, we were created to love and to be loved.

If you want to live a great life, learn how to be a person of great love. Unfortunately, most people never seem to learn that lesson.

A couple of months ago, I reported that the total amount of household debt in the United States had reached a grand total of 12.3 trillion dollars.

If you break that number down, it comes to approximately $38,557 for every man, woman and child in the entire country.

In addition to that, we must also remember that corporate debt has approximately doubled while Barack Obama has been in the White House, state and local government debt is completely out of control, and the U.S. national debt is now sitting just under 20 trillion dollars.

Our greed is absolutely killing us, but we can’t stop.

So we will continue to party until eventually somebody comes along and turns out the lights.