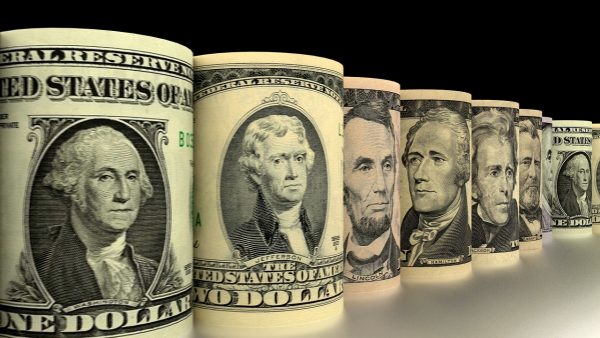 I know that the headline sounds outrageous, but it is actually true. According to a brand new report that was just released, Americans had to borrow 88 billion dollars to cover their medical bills last year. That is a truly astounding number, and it shows just how dramatically our current health care system has failed. And even though the vast majority of Americans are covered by “health insurance”, millions of us are deathly afraid to go to the hospital because of what it might cost. Today, two-thirds of all personal bankruptcies in the United States are caused by medical bills, and most of the people going bankrupt actually had health insurance. Overall, more than half a million American families are financially ruined by medical bills each year, and meanwhile our “representatives” in Washington are doing absolutely nothing to fix the problem.

Surveys have shown that up to two-thirds of the country is living paycheck to paycheck at least part of the time, and an unexpected medical bill can be absolutely devastating for those that are just barely scraping by.

Without much of a financial cushion to fall back on, many families must borrow money when confronted with a large medical expense, and the scale at which this is happening is absolutely stunning…

According to a new West Health and Gallup poll, in a new report titled “The U.S. Healthcare Cost Crisis,” the $88 billion was borrowed in the year before the survey, which was done from January 14 to February 20. The poll was conducted via a random group of 3,537 adults over 18 living in the 50 states and the District of Columbia.

After all, more than 90 percent of all Americans have some form of health coverage. So why did Americans need to borrow 88 billion dollars to cover their unpaid medical bills last year alone?

Well, first of all it is important to remember that health insurance deductibles have gotten obscenely huge. The following numbers come from a CNN article about Obamacare…

The law sets a ceiling on how much consumers have to spend on health care. In 2019, it’s $7,900 for a single person and double that for a family. Some bronze plans peg their deductibles to those levels.

The average deductible for a 2019 bronze policy — which have higher deductibles, but lower premiums than other tiers of Obamacare plans — is nearly $5,900, while the average maximum of out-of-pocket limit is just under $7,000, according to Health Pocket, an online health insurance shopping tool. Family bronze plans have an average deductible of just under $12,200 and an average out-of-pocket maximum of nearly $14,000.

Secondly, even if you have surpassed your deductible, there is still no guarantee that your health insurance company will cover your medical bills. If you do not jump through every single little hoop they want you to jump through, in many instances they will leave you high and dry. When I was running for Congress I had personal conversations with so many people that had been screwed over by the health insurance companies. The more claims they deny, the more money they make, and they have become masters at finding even the smallest loophole that will enable them to wiggle off the hook.

Of course there are some health insurance companies out there that are doing a good job, but the bad apples give the entire industry a very bad name.

We have a system that is deeply broken, and it greatly frustrates me that both political parties seem so uninterested in getting a solution through Congress.

Here are some more numbers that show the current state of the U.S. health care system…

When I was growing up, my mother took me and my siblings to the doctor constantly. But I don’t know anyone that does that today, because it would be ridiculously expensive in most cases.

Another major personal financial concern among Americans is that 45% worry that a “major health care event” would leave them bankrupt, the West Health-Gallup survey found. Additionally, in the past year, 41% said they did not visit an emergency room due to cost.

Fifteen million Americans “deferred” purchasing prescription drugs in the past year because of costs as well. Finally, 76% believe the problem will become worse because health care costs will rise more over the next two years.

Unfortunately, we are stuck with what we have got for the moment.

Our health care crisis is a national nightmare that never seems to end, and it gets worse with each passing year.

So for now, just hope that nobody in your family becomes seriously ill, because if that happens there is a good chance you might go bankrupt.