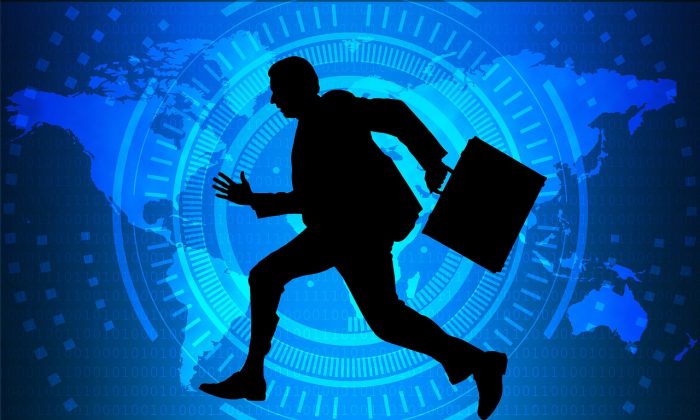 Global economic activity has been slowing down dramatically in recent months, and now the mainstream media is filled with dire warnings that a global recession is dead ahead in 2019. And without a doubt, things do not look good right now as economic numbers from all over the globe just get bleaker and bleaker. China’s trade numbers are imploding, Germany is “careening towards recession”, and the government shutdown in the United States is taking a huge toll on the U.S. economy. In past years, the mainstream media usually tried to put a positive spin on any bad numbers, but now their mood seems completely different. For example, in a Daily Mail article that was just posted we are told that “the world economy is headed for a recession in 2019 unless something happens”…

Global growth is slowing and the world economy is headed for a recession in 2019 unless something happens to give it renewed momentum.

The OECD’s (Organisation for Economic Co-operation and Development) leading indicator fell to just 99.3 points in November, its lowest since October 2012, and down from a peak of 100.5 at the end of 2017.

It appears that we are at a critical level on that OECD index, because whenever that number has fallen under 99.3 a recession has almost always followed…

The one exception was the weakening of the index in 1998, when the United States continued to grow, despite the weakening global economy in the aftermath of the Asian financial crisis.

Will we beat the odds this time?

I wouldn’t bet on it.

Meanwhile, Morgan Stanley’s chief equity strategist is warning of a potential recession and telling us that we should “embrace it”. The following comes from CNN…

The S&P 500 will soon suffer a retest of the lows from Christmas Eve because of shrinking earnings estimates and mounting economic concerns, the investment bank warned in a Monday report titled “Don’t fear a potential recession; Embrace it.”

“Should the hard data deteriorate further, as we expect, we think the market will quickly return to pricing in a recession and rate cuts,” wrote Michael Wilson, Morgan Stanley’s chief US equity strategist.

When the “too big to fail” banks are warning that a recession is coming, you know that it is late in the game.

Also, a top economist at Moody’s Analytics just told Maryland’s Budget and Taxation Committee that they should be getting prepared for the coming recession…

An economist has warned Maryland Senators that a recession is coming and that they should begin to prepare for it. The economist said that the indicators point to the recession happening in mid-2020, perhaps sooner.

Dan White, director of government consulting and fiscal policy research for Moody’s Analytics, told members of the Senate’s Budget and Taxation Committee that there are financial indicators of an upcoming recession according to the Baltimore Sun.

And the latest housing numbers seem to confirm that a recession may be coming sooner rather than later. In the month of December, U.S. home sales were down 11 percent…

The median US home price rose 1.2% to $289,800 in December, the slowest monthly pace since March 2012, when the housing market was just beginning to climb out of the hole left by the collapse. Meanwhile, sales dropped by 11%, the biggest drop for any one month since 2016, according to a report released by real estate company Redfin said. This follows a drop in the hottest markets, like San Jose, California, where prices dropped 7.3%.

As BBG explains, the housing market is softening after years of rapidly rising prices as the shortage in homes is beginning to wane. With interest rates on the rise, mortgages are becoming more expensive, which is cutting in to demand.

But just because a recession is coming does not mean that we should be afraid.

You may have noticed that I write about a lot of hard things on The Economic Collapse Blog and End Of The American Dream. But my wife and I are not negative people at all. We are not down, we are not depressed, and we are not on any pills. We are excited about the future and we believe that our greatest days are still to come.

However, we are definitely realists. We are greatly saddened by what is happening to this country, but we also know that it is not going to be avoided. So we want to be in a position to make it through what is ahead, and we want to fulfill the purpose for why we were put on this planet.

Anxiety, fear and panic are for those that get their meaning in life from material possessions, that don’t understand what is happening, and that are going to totally freak out when everything falls apart. For example, the following comes from an article by a member of the Council on Foreign Relations named Christian H. Cooper…

My most recent annual salary was over $700,000. I am a Truman National Security Fellow and a term member at the Council on Foreign Relations. My publisher has just released my latest book series on quantitative finance in worldwide distribution.

None of it feels like enough. I feel as though I am wired for a permanent state of fight or flight, waiting for the other shoe to drop, or the metaphorical week when I don’t eat. I’ve chosen not to have children, partly because—despite any success—I still don’t feel I have a safety net. I have a huge minimum checking account balance in mind before I would ever consider having children. If you knew me personally, you might get glimpses of stress, self-doubt, anxiety, and depression.

People like that are not going to be able to handle what is coming.

But if we understand the changes that are taking place and we have our priorities in order, we will be in a much better position to respond calmly to a world that is becoming more chaotic with each passing day.