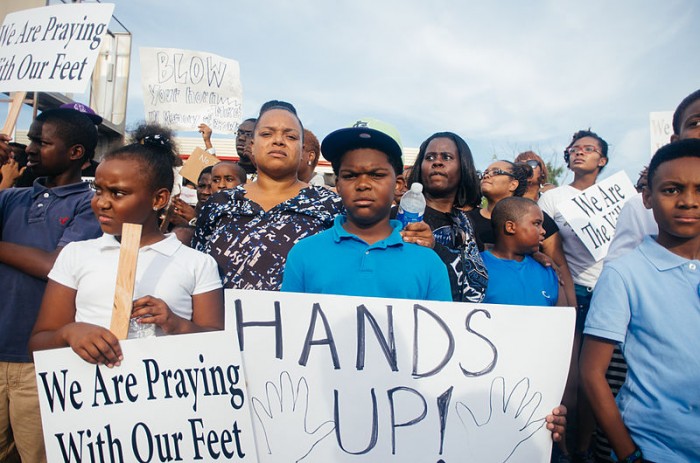 More than 170 protests sprouted up across the country Tuesday. Some crowds blocked bridges, tunnels and major highways. But unlike the violence that erupted in Ferguson on Monday night, most of the demonstrations were peaceful.

In New York, a protesters spanning an array of races and ages filled Times Square with their hands up, some chanting, “Don’t shoot.” In Washington, a crowd including prep school students lay silently on a sidewalk, as if dead. And in Boston, even jail inmates joined in the protest silently from a window.