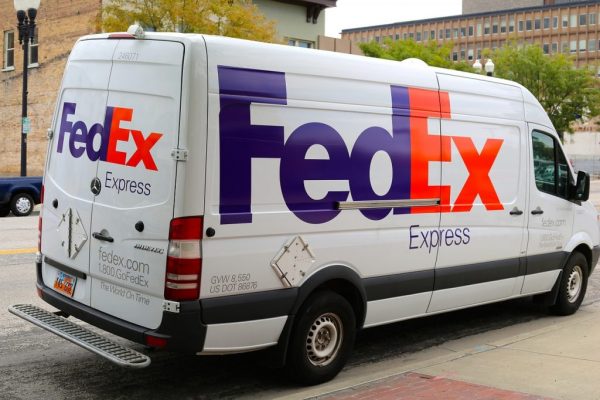 “Slowing international macroeconomic conditions” is just a fancy way to say that the global economy is in big trouble. For months, I have been warning that economic conditions are deteriorating, and we just keep getting more confirmation that we are facing the worst global downturn since the last financial crisis. For the second time in three months, FedEx has slashed its revenue forecast for this year. In an attempt to explain why revenue is declining, FedEx’s chief financial officer placed the blame squarely on the faltering global economy. The following comes from CNBC…

The multinational package delivery service reported declining international revenue as a result of unfavorable exchange rates and the negative effects of trade battles.

The use of the word “trends” implies something that has been going on for an extended period of time, and obviously FedEx doesn’t expect things to get better any time soon if they have cut profit projections twice in just the last three months.

And FedEx certainly has a lot of company when it comes to having a gloomy outlook for the global economy. In one recent article, Bloomberg boldly declared that the global economy is in the worst shape it has been “since the financial crisis a decade ago”…

The global economy’s in its weakest shape since the financial crisis a decade ago, Bloomberg Economics analysis shows. And the reminders are all around: China got more affirming evidence of its big slowdown, with industrial output and retail sales softening and a jump in unemployment. The question now is how big that slowdown will be, and what China’s stimulus — and the U.S.-China negotiations — will do to put a floor under it. The Chinese premier pledged Friday that they wouldn’t use quantitative easing or massive deficit spending to ease the pain. Japan got more bad news on manufacturing sentiment and in the hard investment data. Germany, Europe’s growth driver, can’t hide from the daunting external risks. And Turkey just entered its first recession in a decade.

In recent weeks I have been sharing lots of numbers that back up the claim that global economic conditions are getting worse, and over the past few days we got a few more…

-U.S. freight volume has dropped for three months in a row.

-In February, orders for Class-8 freight trucks were down 58 percent from a year ago.

-U.S. manufacturing output was down for a second straight month in the month of February.

-U.S. residential construction spending just plunged for the sixth month in a row.

-Industrial production on a year-over-year basis in Europe has fallen for three months in a row.

When we see numbers like those, normally everyone is screaming “recession” by now.

And retailers continue to shut down at a staggering pace here in 2019. Sadly, we just learned that Shopko is officially heading for bankruptcy and liquidation…

Shopko will liquidate its assets and close all of its remaining locations by mid-June.

The company was unable to find a buyer for the retail business and will begin winding down its operations beginning this week, the company said in statement released Monday. The decision to liquidate will bring an end to the brick-and-mortar business that began in 1962 with one location in Green Bay, Wisconsin.

There is a Shopko about 20 minutes from where I live, and it will definitely be missed.

Meanwhile, things just continue to get even harder for farmers in the middle part of the country. I wrote about the devastating impact that this historic flooding is having on Midwest farmers a few days ago, and now Fox Business is reporting that all of this flood damage is likely to make our rapidly growing farm bankruptcy crisis even worse…

The number of farms filing for bankruptcy already spiked, following low prices for corn, soybeans, milk and beef, according to analysis from the Federal Reserve Bank of Minneapolis. In the 12-month period ending in June, 84 farms filed for bankruptcy in Wisconsin, Minnesota, North Dakota, South Dakota and Montana — double the number over the same period in 2013 and 2014.

Now, some of these farmers have lost their livestock as a result of the devastating flooding. Some farmers, the Times reported, said they’ve been separated from their animals by walls of water, while others are unable to get into town for food and other supplies for the livestock.

We can see so many elements of “the perfect storm” starting to come together, and many believe that events are going to start greatly accelerating in the months ahead.

And as the global economy continues to deteriorate, we could quickly have a giant mess on our hands, because the global financial system is far more vulnerable today than it was in 2008. Just consider these numbers…

Global debt levels have become “higher and riskier” than that of a decade ago, meaning that “another credit downturn may be inevitable”, S&P Global Ratings has warned.

In a report entitled Next Debt Crisis: Will Liquidity Hold?, published on Tuesday (12 March), S&P found global debt has surged by around 50% since the 2008 Global Financial Crisis, led by major-economy governments and Chinese non-financial corporates, while global debt-to-GDP ratios have risen to more than 231%, compared with 208% in June 2008.

Shipping companies often feel the effects of an economic slowdown earlier than just about anyone else. When a lot less stuff is being moved around by truck, rail and air, that should be a clear indication for the rest of us that economic activity is really starting to slow down significantly.

So the fact that FedEx has such a bleak outlook for our immediate economic future is a very ominous sign.

Tough times are ahead, and considering how tense things already are in our country, an economic downturn at this time could ultimately set off a very disturbing chain of events.