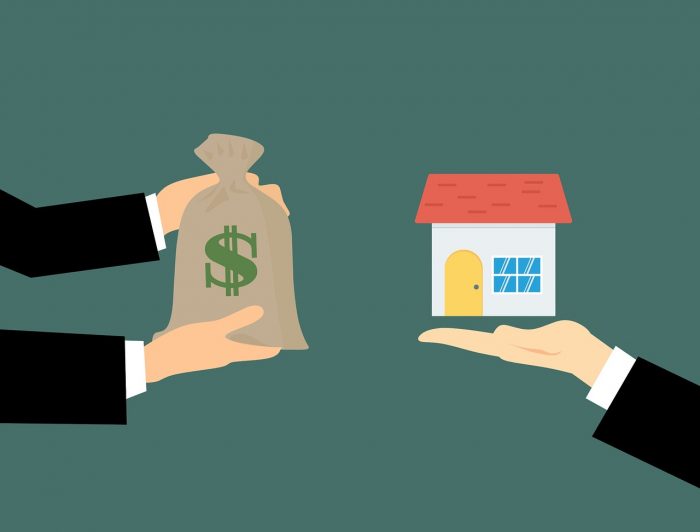 It appears to be more likely than ever that the U.S. economy is heading for a recession. On Tuesday, the Dow Jones Industrial Average was down 301 points as investors were rattled by several very important pieces of news. Back in 2008, home sales began to fall precipitously just prior to the financial crisis in the second half of that year, and now it is happening again. Of course home sales are always going up and down, but the numbers that we are seeing now are definitely very unusual. According to the National Association of Realtors, existing home sales just hit their lowest level in 3 years…

And when you compare December 2018 to December 2017, the numbers look even worse. According to Wolf Richter, last month existing home sales were down 10.3 percent on a year over year basis…

Sales of “existing homes” — including single-family houses, townhouses, condos, and co-ops — in December, plunged 10.3% from a year earlier, to a seasonally adjusted annual rate (SAAR) of 4.99 million homes, according to the National Association of Realtors this morning. This was the biggest year-over-year drop since May 2011, during the throes of Housing Bust 1

Those are absolutely horrible numbers, but thanks to high interest rates they aren’t going to get much better any time soon. Just like a decade ago, this is going to be a very tough time to be in the real estate industry.

During the “boom years”, the west was the hottest region for real estate in the entire nation, but now it is leading the way down. And last month was just abysmal, with sales falling 15 percent in that portion of the country…

Unfortunately, these are exactly the kinds of numbers that we would expect to see if the U.S. economy was heading into a recession.

Investors were also rattled on Tuesday by news that trade talks between the U.S. and China seem to be breaking down…

Stocks fell to their lows of the day after the Financial Times reported the U.S. canceled a trade meeting with Chinese officials. CNBC later confirmed the report through a source. White House economic advisor Larry Kudlow denied the reports, saying the meetings are not canceled, giving stocks a boost into the close. China and the U.S. are trying to strike a permanent trade deal with the U.S. Both countries have been in a trade war since last year, slapping tariffs on billions of dollars worth of their goods.

We’ll see what happens, but the Chinese appear to be dragging their feet, and it does not look like there will be a major trade agreement between the two sides any time soon.

And when you throw in the fact that we are in the midst of the longest government shutdown in all of U.S. history, it becomes exceedingly clear that the elements for a “perfect storm” are definitely coming together.

In fact, Peter Schiff is entirely convinced that the coming recession is already “a done deal”…

“And they think simply because the Federal Reserve is no longer hiking rates that they no longer have to worry about the Fed pushing the economy into a recession. Well, it’s too late for that. The rate hikes of the past have already guaranteed that the economy is headed for recession. It doesn’t matter whether they continue to raise rates in the future. The recession is a done deal. It’s just now you have that calm between the storm while investors are still clueless and haven’t yet connected those, what should be, very obvious dots.“

When the next recession comes, you will know who to blame. Every time the Federal Reserve has engaged in a rate hiking program since World War II, it has always ended in either a recession or a stock market crash. The Fed is the reason why the U.S. economy has been on a roller coaster ride for decades, and now we are steamrolling directly toward the “bust” portion of this cycle. If we ever want to end this madness, we need to abolish the Fed, and that means that we need to send people to Congress that are willing to take action on these things.

Sadly, it is probably going to take a major collapse before abolishing the Fed becomes a big political issue again. Economic issues have been on the back burner for a while, but that may be about to change, because pessimism about the economy is growing. According to Gallup, the percentage of Americans that believe economic conditions are worsening has risen by 12 points over the past two months…

Americans are not feeling very confident about the economy these days.

Almost half (48%) of Americans say economic conditions are worsening, up from 45% in December and 36% in November, according to a recent poll by Gallup, a Washington, D.C.-based research and consulting firm.

This is more evidence of the national psychological shift that I have been talking about. People are starting to realize what is happening, and they are becoming deeply concerned about what the future holds.

Well, the truth is that things are going to get a lot tougher. But instead of getting down in the dumps about it, we need to prepare for what is ahead, and we need to be ready to implement some positive solutions in the aftermath of the coming crisis.