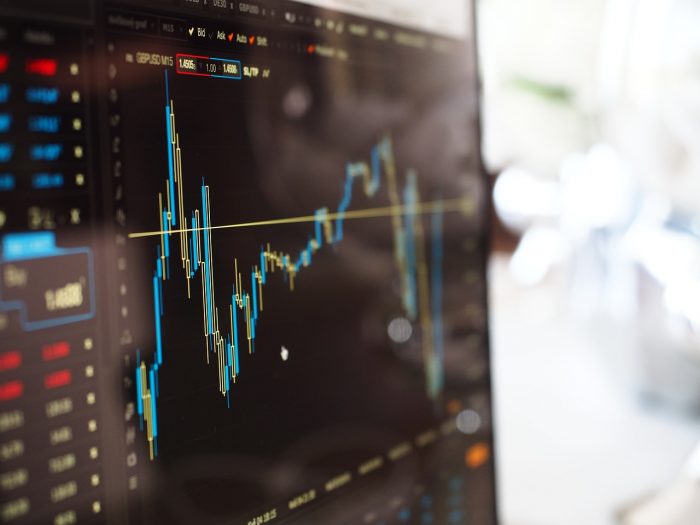 So many top professionals in the financial industry are sounding the alarm about a coming stock market crash right now. And there certainly have been rumblings in 2018 – not too long ago we had a three day stretch that was called “the tech bloodbath”, and during that time Facebook had the worst day for a single company in stock market history. But we haven’t seen the really big “crash” yet. Many have been waiting for it to happen for several years, and some people out there are convinced that it is never going to come at all. Of course the truth is that we are in perhaps the largest stock market bubble that our nation has ever seen, and all other large stock market bubbles have always ended with a major price collapse. So whether it happens immediately or it takes a little while longer, it is inevitable that stock prices will eventually return to their long-term averages.

In particular, when you look at the median stock price to sales ratio, it is the highest that it has ever been and it is twice as high as it was in February 2000…

He also shared a chart which he claims is “unfit for a family-friendly publication” that shows how in terms of median price to sales ratio, the S&P 500 is twice as expensive as it was in 2000.

“Overvaluation in 2000 was highly concentrated; today it is pervasive, with the median S&P 500 Price/Sales ratio of 2.63 times more than double the 1.23 times prevailing in February 2000.

To me, that number is absolutely stunning, and it shows that we have a long, long way to fall.

As I have said before, stock prices need to fall by 40 or 50 percent just to get into a neighborhood where they will begin to make sense again.

Ramsey admits that history isn’t the best guide for the future but the S&P 500’s performance since it touched its peak on Jan. 26 is closely mirroring what happened 18 years ago.

“In the earlier case, a volatile five-month upswing that began in mid-April ultimately fell just a half-percent short of the March 24th high by early September. This year, a similarly choppy, six-month rebound has taken the S&P 500 to within 1% of its January 26th high,” Ramsey said.

Another major indicator that is “flashing red” is correlation.

Just prior to the last two stock market crashes, stock prices began to wildly diverge. While some stocks were still going up, others were cratering big time. This lack of uniformity is often a sign that big trouble is on the horizon. The following comes from CNBC…

There hasn’t been such a divergence between stocks in the overall market since then, not even during the Great Recession.

James Paulsen, also with the Leuthold Group, is warning that correlation “is at one of the lowest levels in the post-War era”…

“Correlation is at one of the lowest levels in the post-War era,” said James Paulsen, chief investment strategist at Leuthold Group. “The combination is damaging. We now have record low correlation at the same time we have high valuations, and the combination is bad for the market.”

“When you have this situation of the lowest quintile correlation against the highest quintile valuation since 1952, you have 10 percent declines on average,” said Paulsen.

When the stock market finally crashes, a lot of people are going to complain that nobody warned them in advance that it was coming, but in reality anybody that cannot see it coming from a mile away must be blind.

There is no question that it is coming. The only question is how soon it will get here.

And it certainly doesn’t help that a trade war has erupted which is greatly disrupting global commerce.

For example, a giant cargo ship carrying 20 million dollars worth of soybeans has been circling in the ocean off the coast of China for over a month because it missed the tariff deadline by just a few hours…

The Peak Pegasus, which is owned by JPMorgan Asset Management, left Seattle on June 8 on a monthlong voyage to the northeastern Chinese city of Dalian. The trade war between the US and China was erupting just as it left, with President Donald Trump imposing tariffs on billions of dollars’ worth of Chinese imports.

The US ship was due to deliver its 70,000-tonne cargo on July 6, The Guardian reported, but missed the tariff deadline. The Peak Pegasus arrived about five hours after China imposed retaliatory tariffs on US goods including soybeans.

Somebody is going to lose a tremendous amount of money in that deal.

If you take an honest look at the numbers, there is no debate that we are in far worse shape than we were just before the financial crisis of 2008. Our debt levels are much higher, stock prices are way more inflated, and financial institutions have become even more reckless. None of the long-term problems that plagued us back in 2008 have been fixed. Instead, the current system was patched up and all of the bubbles were re-inflated. Unfortunately, our attention spans are so short these days, and for most people 2008 seems like ancient history at this point.

But without a doubt a much worse crisis than 2008 is on the way, and most people are going to be absolutely blind-sided by it.