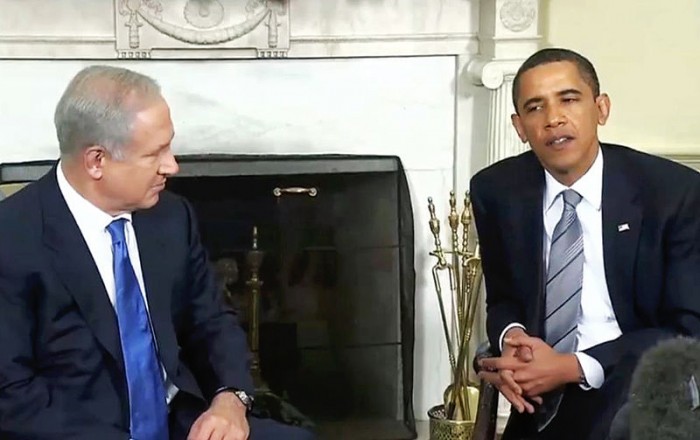 Between right now and January 20th, 2017 is a real “pressure point” for U.S. relations with Israel.  Barack Obama has always desired to “leave a legacy” in the Middle East, and at this point the only option for accomplishing anything tangible is through the United Nations.  The Israeli government is extremely concerned that Obama may attempt to take such action before he leaves office, and so they recently asked Secretary of State John Kerry if the U.S. would promise to veto any anti-Israel resolutions that come before the UN Security Council for the rest of Obama’s time in the White House.  Unfortunately for Israel, the New York Post is reporting that Kerry flatly refused to make such a promise…

Barack Obama knows that he is the only one standing in the way of a UN Security Council resolution that would formally recognize a Palestinian state, that would set the basic parameters for that state, and that would grant the Palestinians East Jerusalem as their capital.

If Obama decided not to use the U.S. veto power to block such a resolution, it would be legally binding on both Israel and the Palestinians, and the next president would not be able to go back and reverse course.  It would take another UN Security Council vote to rescind the resolution once it has been passed, and the votes would simply not be there to do that.

So there is a great deal of concern about what Obama may do during his last few months in the White House.  In fact, there is so much concern in Congress that 88 U.S. Senators sent him a letter last month asking him to continue to block any anti-Israel resolutions at the United Nations.

Unfortunately, there is also a lot of pressure on Obama to support such a resolution.  About a week ago, I wrote about how the New York Times editorial board has actually formally endorsed a UN resolution that would establish a Palestinian state.  For the most important newspaper in America to take such a stand is extraordinary.

136 countries have already recognized a Palestinian state, and the international pressure on Obama to do something before he leaves the White House is intense.  The Obama administration has not indicated which way they are going to go just yet, and that is leaving many people very, very nervous.

And without a doubt, the United Nations has moved in a very anti-Israel direction recently.  If you have not heard about it yet, last week UNESCO (the cultural arm of the United Nations) adopted an anti-Israel resolution that denies Israel’s historic connection to the Temple Mount.  The following comes from Haaretz…

UNESCO adopted an anti-Israel resolution Thursday that disregards Judaism’s historic connection to the Temple Mount and casts doubt on the link between Judaism and the Western Wall.

Twenty-four countries voted in favor of the decision while six voted against and 26 abstained while just two were missing from the vote.

Incredibly, the resolution says that the Temple Mount is sacred only to Muslims, and it accuses Israel of being “the occupying Power”…

This move by UNESCO was so outrageous that it has even become an issue in the U.S. presidential campaign.  Donald Trump has strongly denounced UNESCO, and he repeated his pledge to recognize Jerusalem “as the one true capital of Israel”…

“I have said on numerous occasions that in a Trump administration, the United States will recognize Jerusalem as the one true capital of Israel,” he said. “The United Nations’ attempt to disconnect the state of Israel from Jerusalem is a one-sided attempt to ignore Israel’s 3,000-year bond to its capital city, and is further evidence of the enormous anti-Israel bias of the U.N.”

Donald Trump and Hillary Clinton have both announced that they will not support a UN Security Council resolution that sets the parameters for a Palestinian state.  So that makes the upcoming January 20th deadline that much more important.

It may surprise you to hear that Clinton has come out so strongly against such a resolution, but the truth is that both candidates desperately need the Jewish vote in this election, and so both of them are taking positions that will appeal to Jewish voters.

To get an idea of just how important the Jewish vote is, check out the following excerpt from a recent MSN article…

Jews may account for roughly only 2 percent of the American adult population, but their concentration in a number of swing states and counties makes them a potentially pivotal demographic in this fall’s presidential election.

Even though Hillary Clinton is a habitual liar, it is unlikely that she will break her pledge to Jewish voters to veto any anti-Israel UN Security Council resolutions, because she will need their votes again in 2020.

So if we can get to January 20th and there is no UN Security Council resolution to divide the land of Israel, perhaps we can breathe a bit of a sigh of relief.

For decades, we have seen a pattern of judgment on anyone that is involved in trying to divide the land of Israel.  Just recently we witnessed another amazing example of this phenomenon with the death of Israeli politician Shimon Peres, and this is something that I discussed during my recent appearance at Morningside…

Attempting to divide the land of Israel is a big mistake, but it is a mistake that our leaders keep on making over and over again.

Whether it is Barack Obama or some other president, someday the U.S. government will play a major role in helping to formally establish a Palestinian state.

And when that happens, all hell will break loose in this country.

So let us pray that this will be delayed for as long as possible.

Personally, my hope is that we can get to January 20th without Barack Obama doing something very, very foolish at the United Nations.