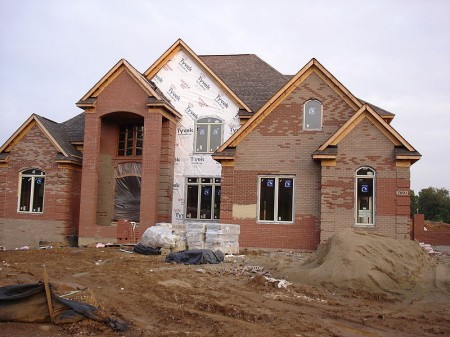 One of the things that this era of American history will be known for is conspicuous consumption.  Even though many of us won’t admit it, the truth is that almost all of us want a nice vehicle and a large home.  They say that “everything is bigger in Texas”, but the same could be said for the entire nation as a whole.  As you will see below, the size of the average new home has just hit a brand new record high and so has the size of the average auto loan.  In the endless quest to achieve “the American Dream”, Americans are racking up bigger debts than ever before.  Unfortunately, our paychecks are not keeping up and the middle class in the United States is steadily shrinking.  The disparity between the lifestyle that society tells us that we ought to have and the size of our actual financial resources continues to grow.  This is leading to a tremendous amount of frustration among those that can’t afford to buy expensive cars and large homes.

I remember the days when paying for a car over four years seemed like a massive commitment.  But now nearly a quarter of all auto loans in the U.S. are extended out for six or seven years, and those loans have gotten larger than ever…

In the latest sign Americans are increasingly comfortable taking on more debt, auto buyers borrowed a record amount in the first quarter with the average monthly payment climbing to an all-time high of $474.

Not only that, buyers also continued to spread payments out over a longer period of time, with 24.8 percent of auto loans now coming with payment terms between six and seven years according to a new report from Experian Automotive.

That’s the highest percentage of 6 and 7-year loans Experian has ever recorded in a quarter.

Didn’t the last financial crisis teach us about the dangers of being overextended?

And because we are taking out such large auto loans that are extended out over such a long period of time, we are now holding on to our vehicles much longer.

According to CNBC, Americans now keep their vehicles for an average of six years and one month.

Ten years ago, it was just four years and two months.

My how things have changed.